Masseria Montepaolo for sale in Polignano a Mare 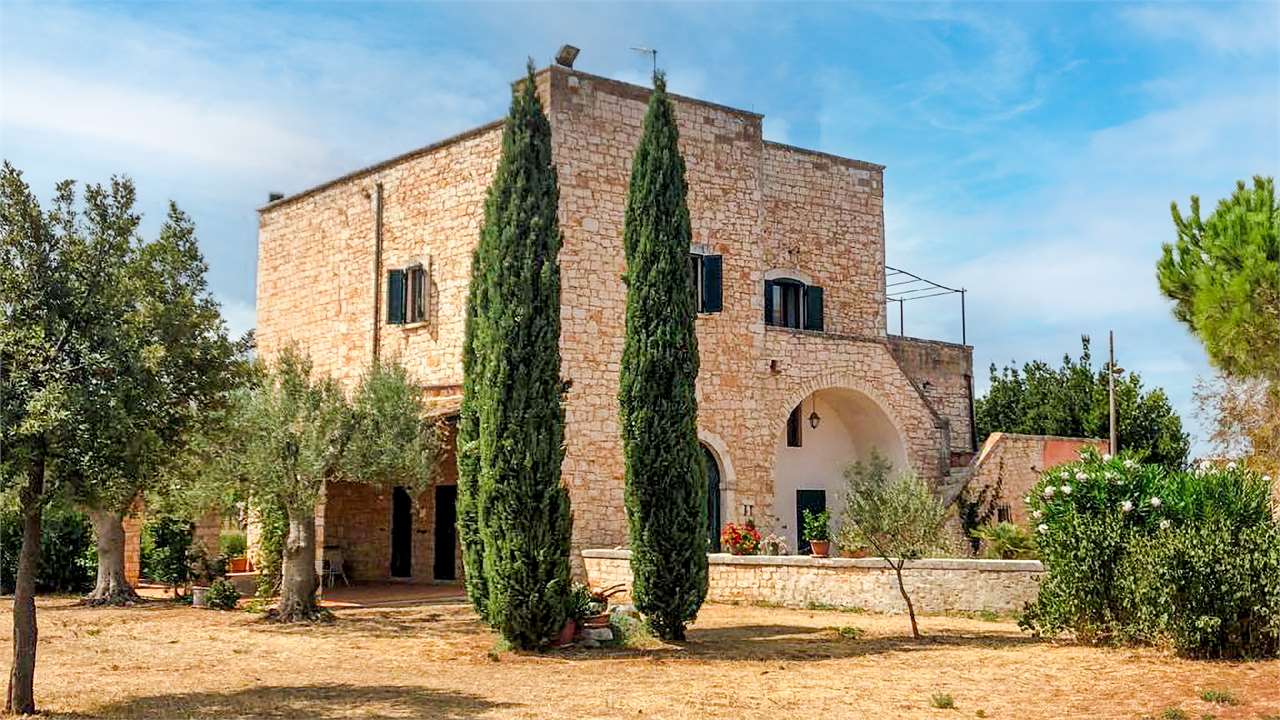 Masseria Montepaolo, Masseria for sale in Puglia, is located on the border of the countryside of Polignano a Mare and Conversano and 7 km from Castellana Grotte.

The historic building was built entirely of exposed stone on three levels: the stable on the ground floor, the intermediate floor used as a drying room and the first master floor and terrace roof.

The ground floor is covered by barrel vaults while the upper floors have star and pavilion roofs with a central rectangular or mixtilinear ceiling.

During the conservative and functional restructuring, the tripartite division of the structure was preserved and divided into three residential areas for a total of 450 square meters. approximately, with independent entrance and services, equipped with heating and refrigeration systems.

In the square in front of the main entrance there is an ancient oven, recently restored and fully functional, a well, fed by recovering rainwater, which is still used for the water supply of the entire complex, as well as access to a threshing floor preserved in its original aspect.

In the part of the garden in front of the house there is a small church with a single room that preserves the original structure built in the nineteenth century. Finally, the land surrounding the villa, covering approximately 10,300 square meters, is largely dotted with fruit and ornamental trees and plants, including a large cherry grove, as well as a chicken coop and an underground cistern for irrigation.

There is also the possibility of buying the neighboring land, equal to about 55,000 square meters with an artesian well inside, regularly stacked.

Due to its beauty, the particularity of the interiors, the context and the perfect distribution of the rooms, the Masseria turns out to be an investment destined to be appreciated more and more over time. 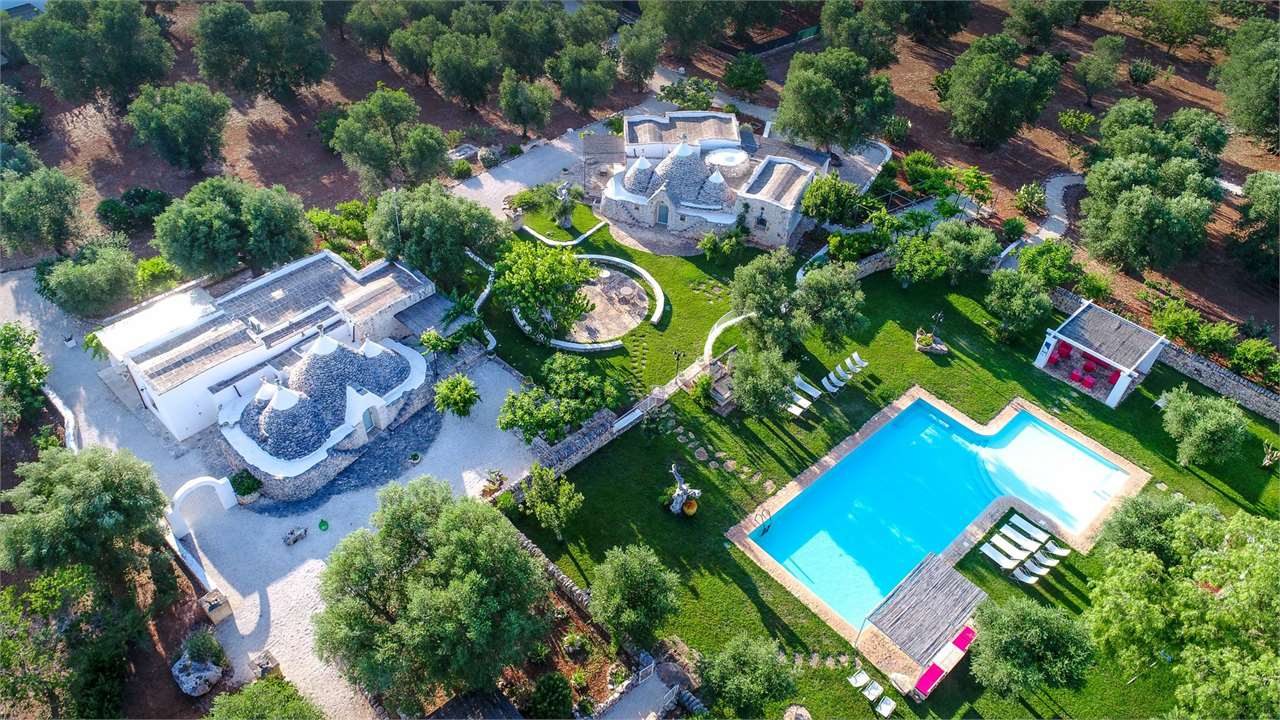 Magnificent complex of properties for sale consisting specifically of 4 villas and 2 trulli, for a total of approximately 700 sq m of habitable space. Each villa consists approximately of 3 bedrooms,… 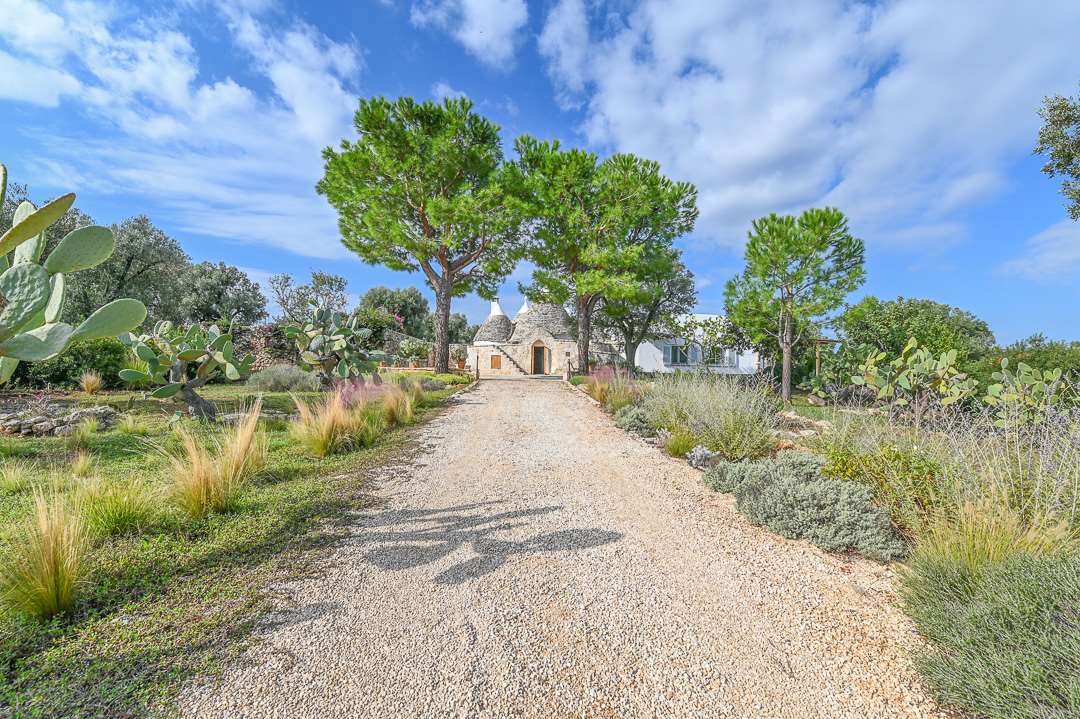 Villa Trullo del Capitolo is a Villa with swimming pool, with an ancient Trullo, 2 km from the historic center of Carovigno and 8 km from the Adriatic Sea. The property currently has a residential area… 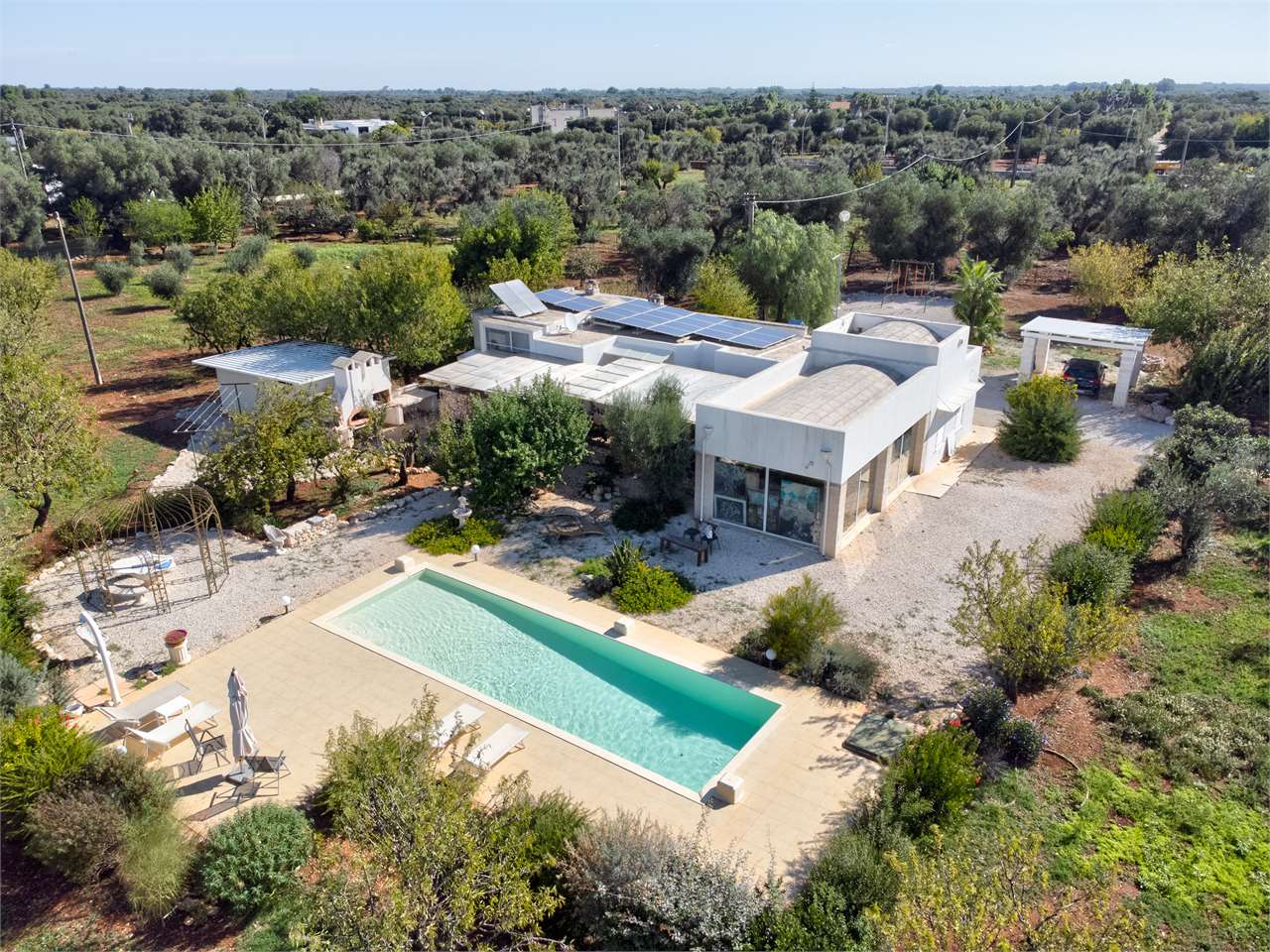 Lamia d'artista is a beautiful villa with swimming pool located in the territory of San Michele Salentino a few kilometers from Ostuni. This property is the ideal choice for those looking for a historic… 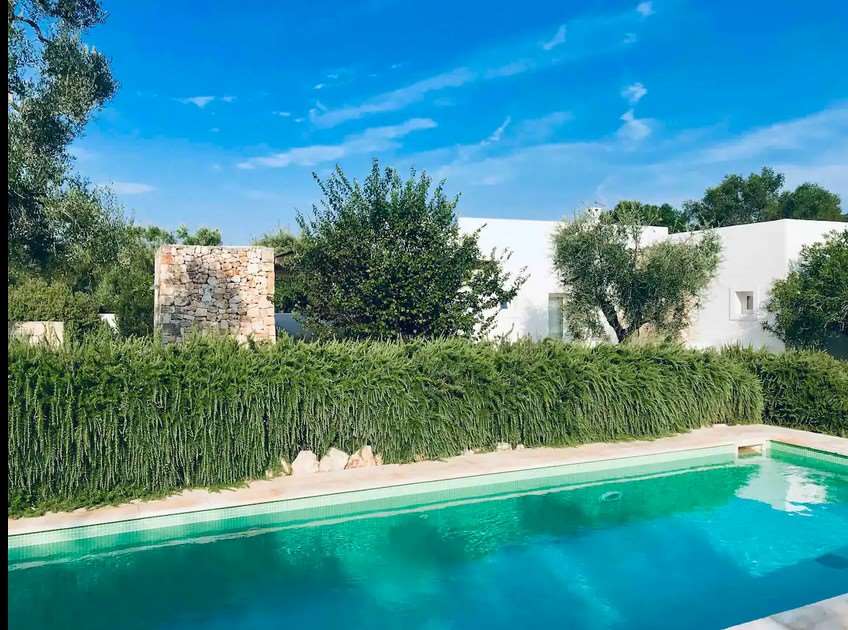 Set amongst 2 acres of olive and fruit trees including pomegranates, figs, almonds and pears, WHITE LAMIA provides a wonderful bucolic setting. It has just been renovated to the highest specification by… 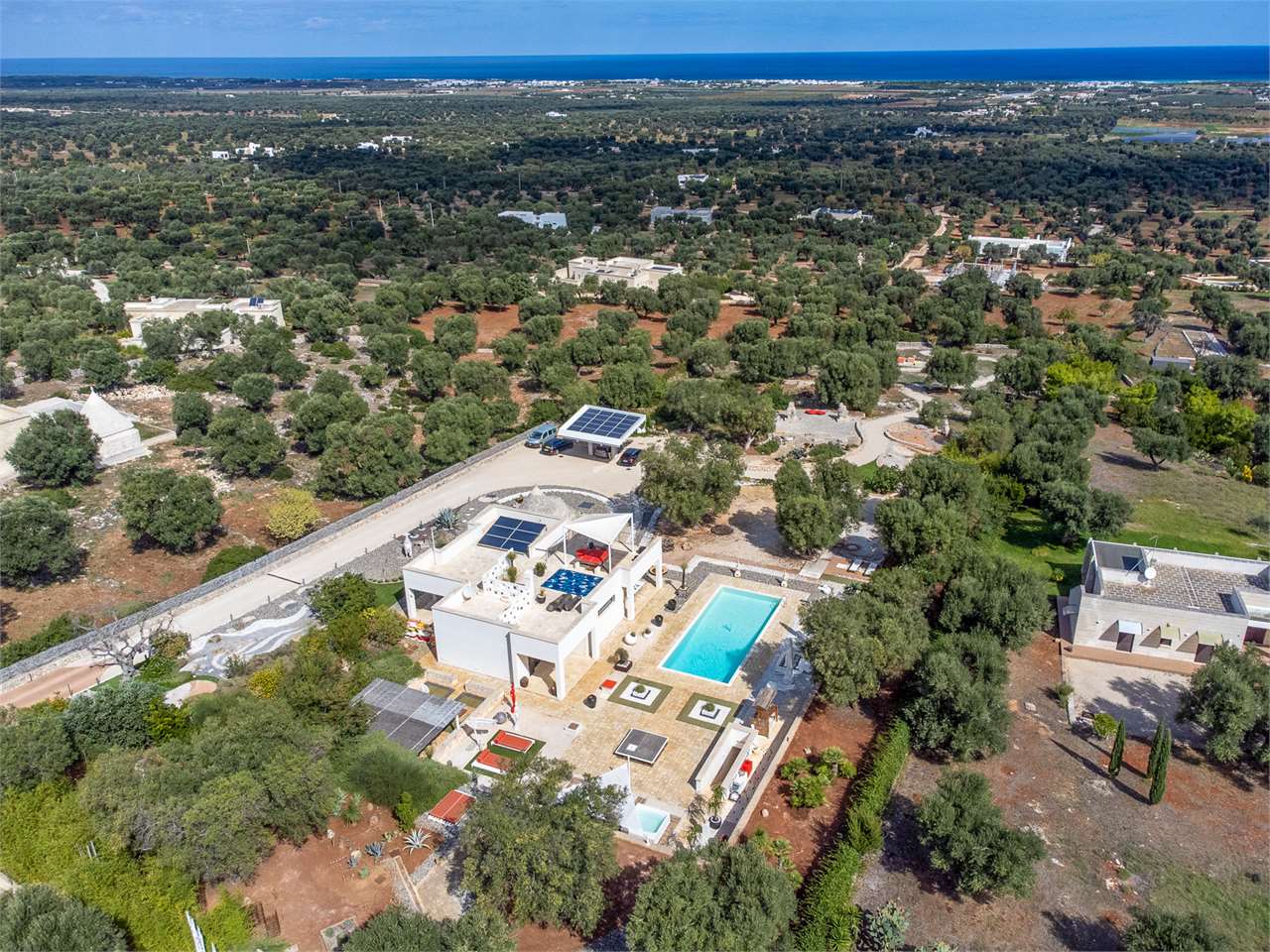 Villa Trullo Mireide is a Villa with swimming pool, with ancient Trullo, 5 km from the historic center of Carovigno The property has a wonderful view of the sea and an internal area of ​​160 square… 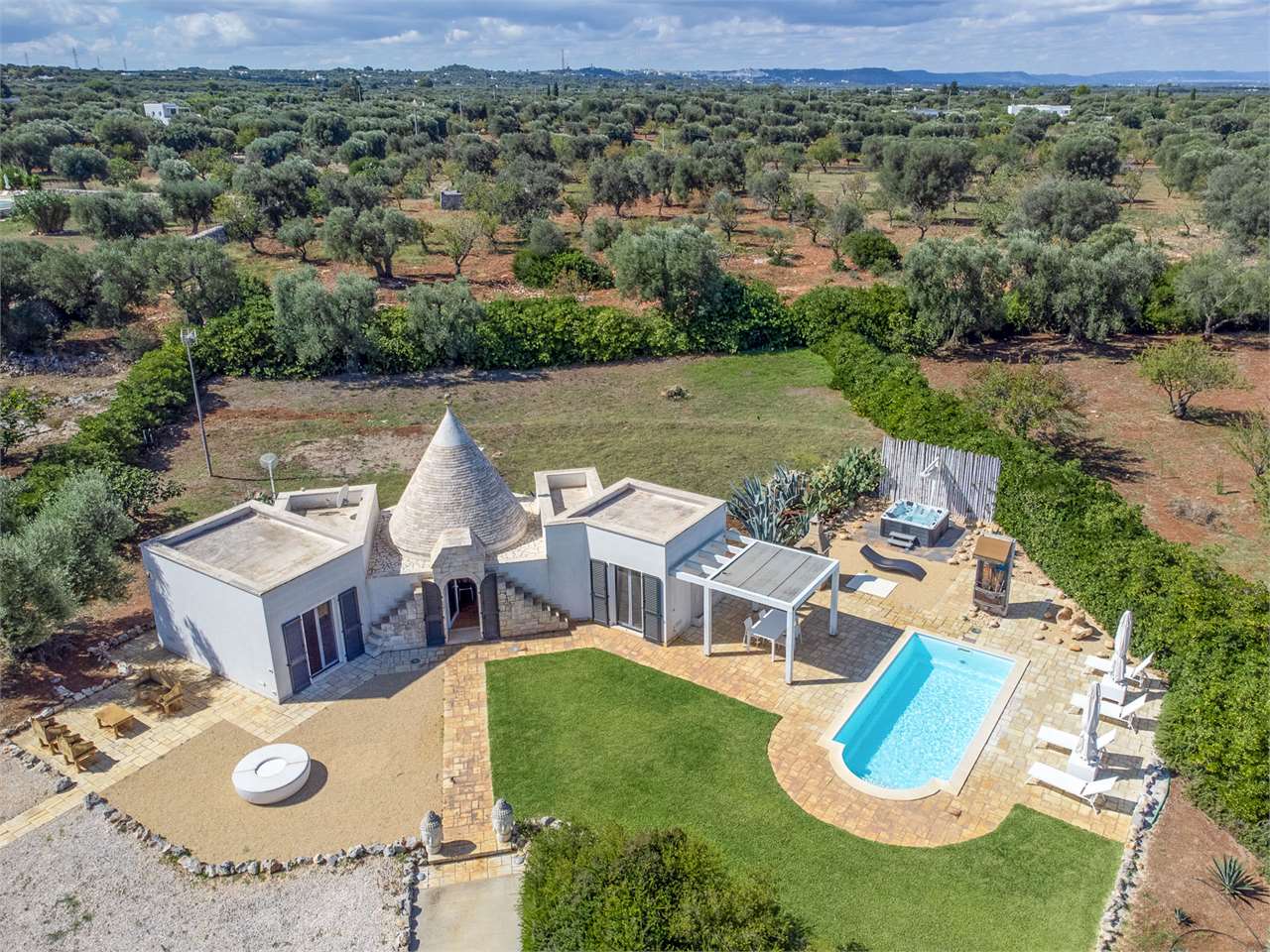 Villa Trullo Altair with swimming pool, is located in a privileged position a few kilometers from the sea, in the splendid countryside of Carovigno. This property is the ideal choice for those looking… 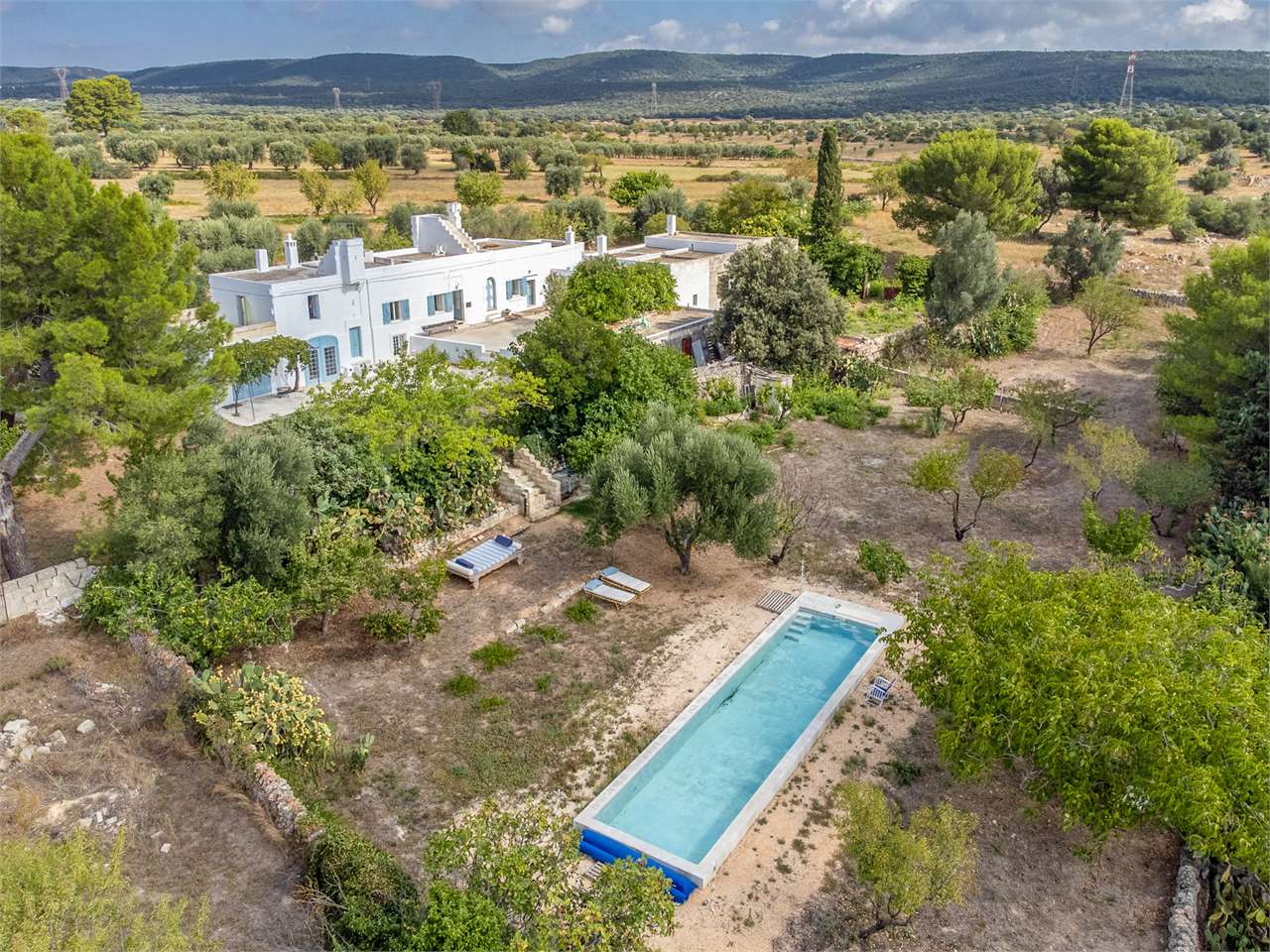 Masseria Torrette with swimming pool, partially renovated, is located in a privileged position a few kilometers from Crispiano, a town known for its 100 Masserias. This property is the ideal choice for… 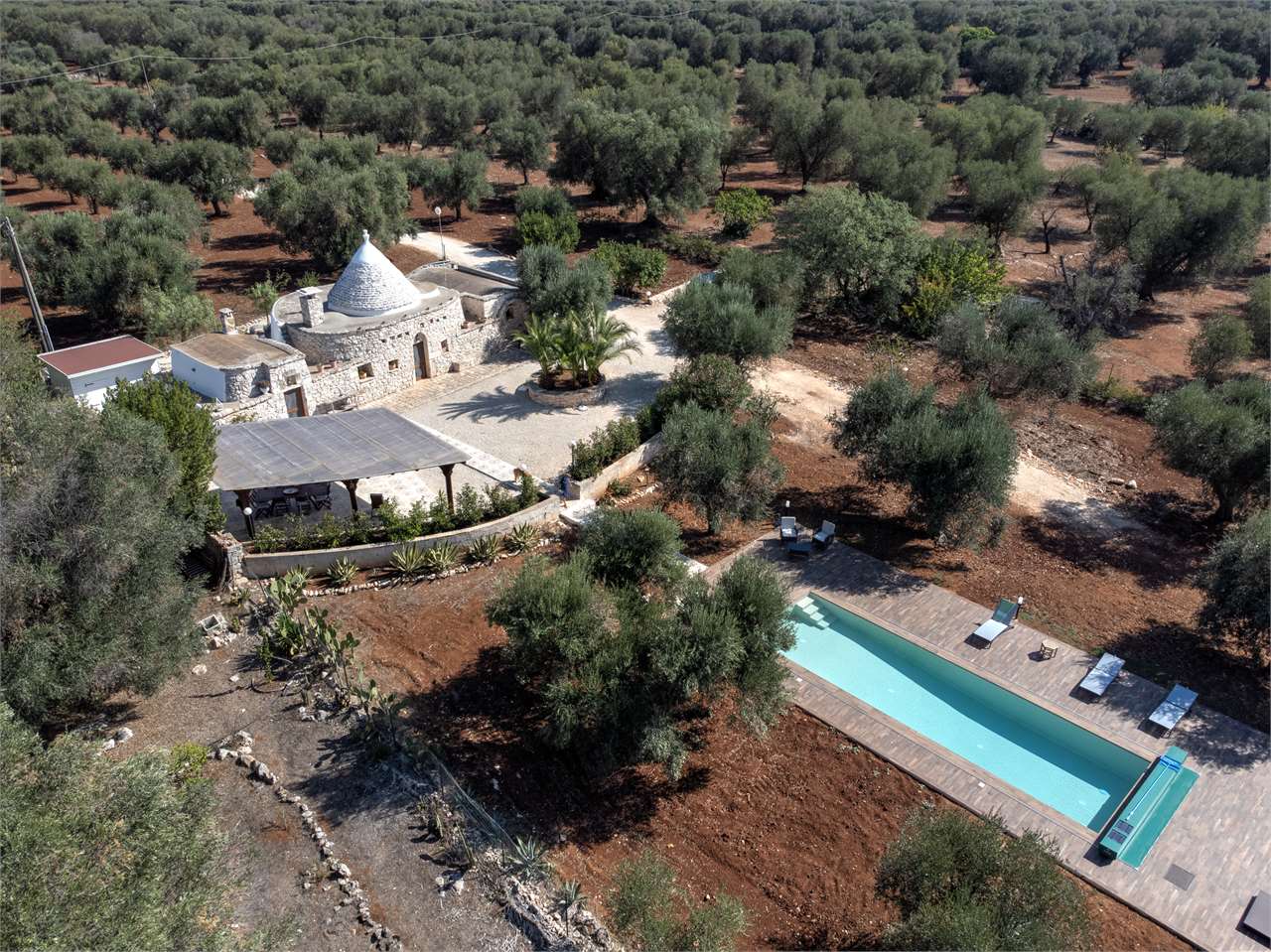 Trullo dell'Arco is a Villa with private pool in the Alto Salento, close to many points of interest such as Ostuni or Ceglie Messapica. The property, a characteristic completely fenced complex of trulli,…